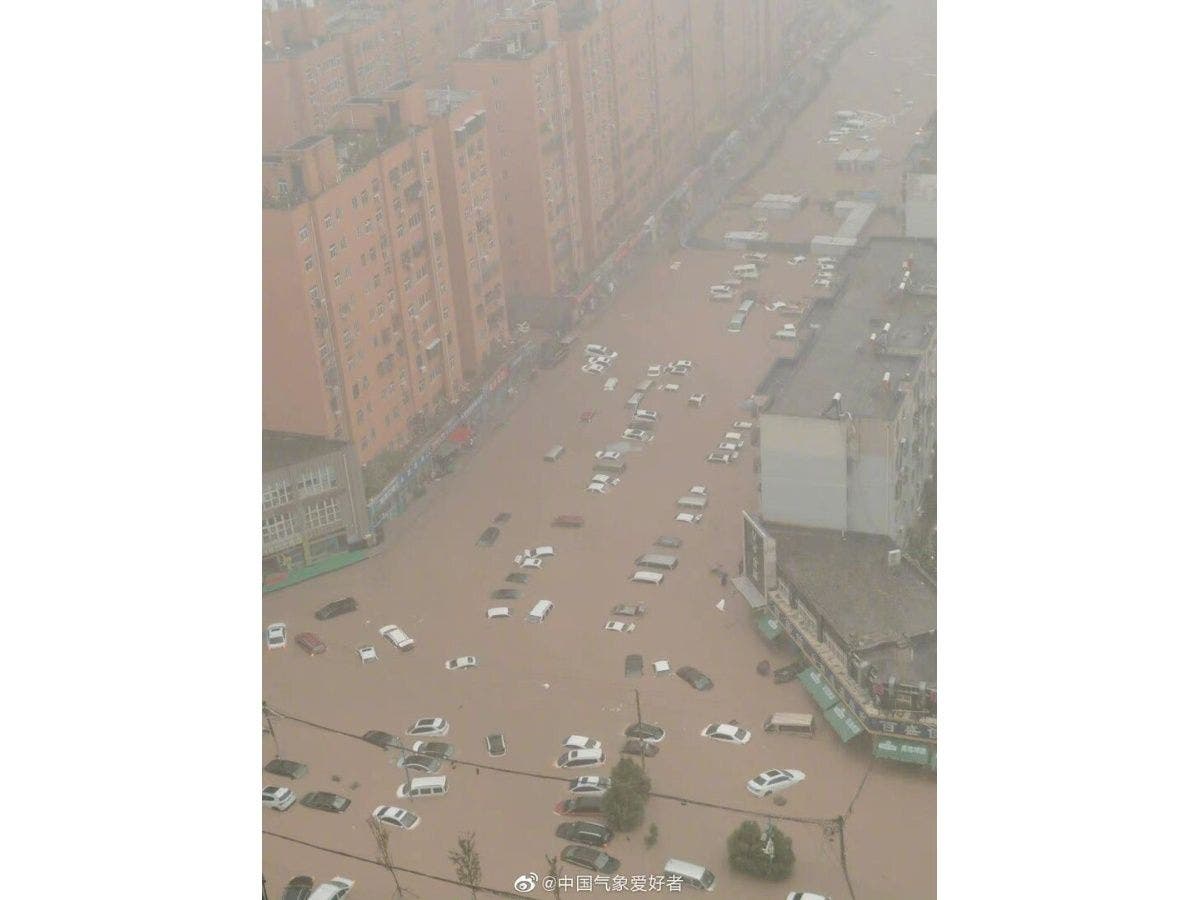 Zhengzhou, its capital, was badly affected, to the point that a subway car was submerged on Tuesday, killing 12 people.

In this metropolis of 10 million people, firefighters and rescue workers were working on Friday with huge pumps to remove the large amounts of water accumulated in the streets.

The death toll rose Friday from 33 to 51 and then to 56 and is expected to continue rising as provincial authorities told reporters they were counting casualties.

In a bulldozer, some 15 residents were evacuated in a hurry. Some were able to take belongings with them, others not even that, and were naked from the waist up.

At the exit of a tunnel in the center of the city, many were dumbfounded to see dozens of vehicles piled up after being swept away by the waters on Tuesday.

On a muddy avenue, Chen Yan was trying to leave Zhengzhou. "There are almost no trains today. Without a car, it's hard to get out of the city," said the 30-year-old, who has been stuck in Zhengzhou for three days.

Ninety kilometers from Zhengzhou, the city of Xinxiang and its surroundings are cut off from the world. The Wei River has overflowed its banks, according to state broadcaster CCTV.

Footage shows rescuers using a detachable pontoon to evacuate residents. Nearly 9,000 people have already been rescued but 19,000 remain to be evacuated, the channel said.

On one street in Weihui, water is up to the knees and in some places up to the neck.

Volunteers are taking part in the rescue. "It's about not having two teams in the same place doing the same thing," Zhang Luyang, a young man wearing a life jacket, told AFP.

Next to him Liu Long, 30, listens attentively. "I'm not a professional in rescue and I don't know how to swim (...) but I wanted to help physically," he declares.

The rescuers evacuate the inhabitants into rubber boats or improvised rafts that they make out of doors or planks.

The elderly have the hardest time because the water level makes it difficult to move around.

In spite of everything, a retired man was trying to ride his bicycle through a flooded street. The wheels were completely covered with water.

In a nearby village, hundreds of people took refuge in the Liang Long hotel. "Their villages have been washed away, there is nothing left," he tells AFP.

The hotel, located about 20 kilometers from the worst-hit areas, received calls for help. "Food is running out," said Liang Long.

Experts point to climate change as responsible for the worst flooding in the region since records began 60 years ago.

Further east, China is watching Typhoon In-fa advance, with torrential rains and winds of more than 130 km/h, according to weather services.

In-fa is expected to make landfall starting Saturday in the Shanghai region, home to tens of millions of people.

In the midst of the tragedy in China caused by floods in recent days, the cry of a three-month-old baby has been key to saving his life, reports the Europa Press agency.

The water level rose drastically and the little girl was trapped inside a building collapsed by the current, where she survived after a day and a night all alone.

Her mother was killed by the heavy rains that destroyed her home but, according to rescue teams, the position in which she was located suggests that she managed to lift the baby through the mud and debris to safety. The child was taken to the hospital and is not seriously injured.